Charleston, WV Will Bowl for the Mountain Keepers & Youth Leaders

This is an opportunity to bowl with Build-It-Up! West Virginia leaders and participants and representatives from other proactive youth summer programs around the East Coast and Midwest. Larry Gibson, from Keeper of the Mountains Foundation, will be the night's guest speaker.

RSVP & invite your friends to the event on Facebook! 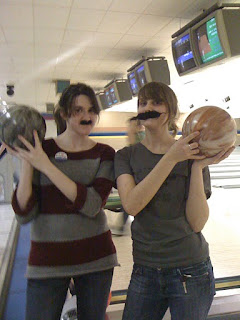 $20 gets you a pair of bowling shoes and three games of bowling. Additional donations welcome - bring your checkbook!
Posted by Larry Gibson

Artwork Connects Us to History

After visiting the "Keeper of the Mountains" and listening to Larry Gibson’s story, I was amazed at his unrelenting fight against Mountaintop Removal mining. I was intrigued by how one man could speak up against an empire of coal companies and expect his voice to be heard. After Larry had finished showing us the devastated mountains, I dared to ask, “Do you ever feel like giving up?” He paused and answered me with his own question, “Do you know why Martin Luther King said he had been to the mountaintop?” It was then that it dawned on me; the reason why his passion seemed so familiar. Larry had the same fight in him as the activists and leaders who were willing to give up their lives for this country. Although MTR mining is seen as an environmental issue, there is undoubtedly a political underlining. It is this correlation between politics and the environment that I sought to emphasize in this poster series.